'Green Internet for Green Energy', this is the name of the prototype created by Shukhov Lab team on ‘HackThings’ hackathon. The event brought together Internet Things (IoT) developers and experienced engineers from Intel, Huawei and other IT-companies. It was organized by Sberbank and Skolkovo Institute of Science and Technology (Skoltech).

'Green Spark' is bio-photovoltaic power system. Each pot with a plant is a battery that works by means of bacteria living in the soil. Coupled in a circuit, these batteries can power bulbs, microcontrollers or smartphones. Looks like brand new interpretation of ‘power plants’. 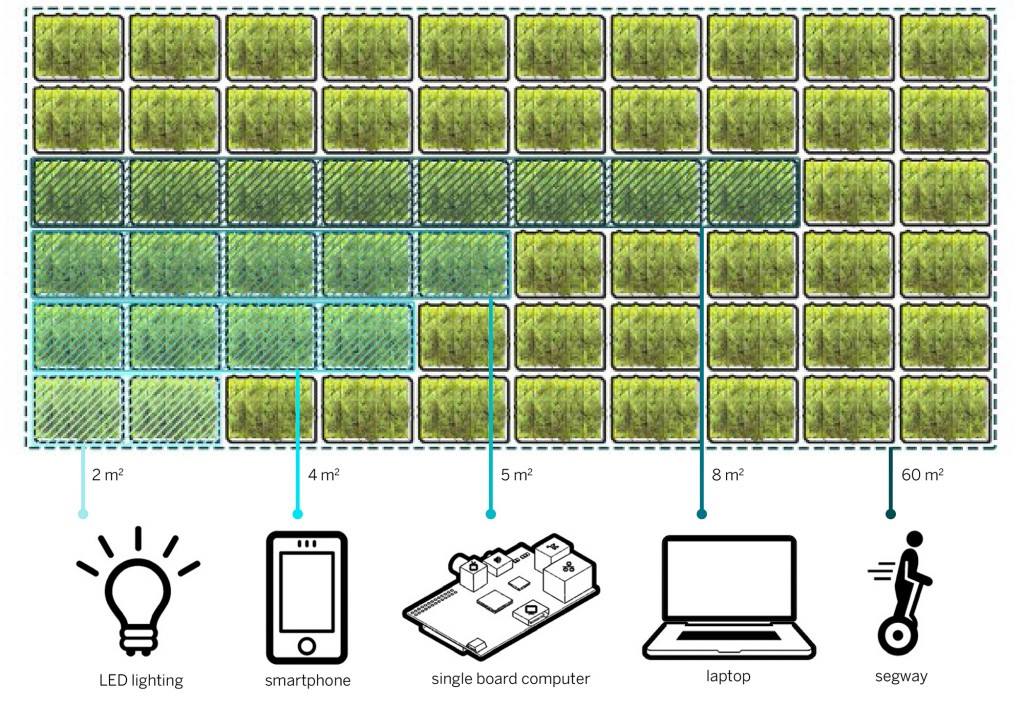 On the hackathon, microcontrollers, sensors, batteries and iOS-application were added to the plants grid. Now users can see all the data from their energy cells on the screen — voltage level, amount of energy generated, level of humidity etc. 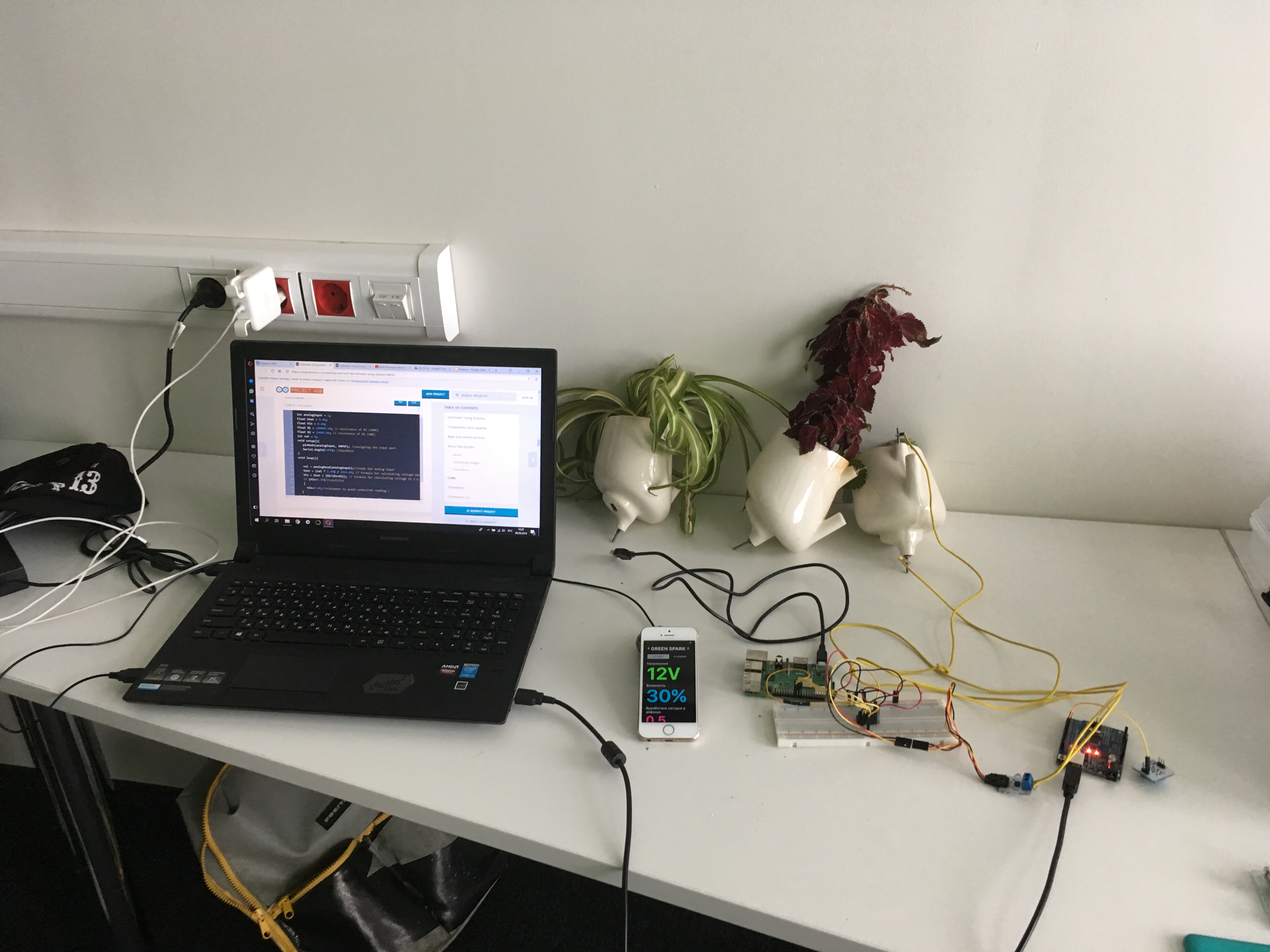 The next step is to create internal cryptocurrency in one of blockchain ecosystems. This ‘GreenCoin’ (let’s call it this way for now) will be the equivalent of generated energy. This will simplify energy exchange between autonomous cells. Plants can automatically share accumulated electricity via microtransactions.

In fact, this is about creating a microgrid with embedded economy. Creation of such a prototype in Shukhov Lab is scheduled for the next year.

"Imagine, in future cities green facades of buildings will be able to power light bulbs, auto-watering systems or charge people's electric bicycles. And street lighting will be powered by plants in parks”, Shukhov Lab team lead Pavel Akimov was presenting the idea to the participants. “We will get a whole new energy ecosystem in the city. And we already work to make it interconnected, that is to create literally green Internet”.

‘Green Spark’ is a joint project of Shukhov Lab researchers Ivan Mitrofanov and Elena Mitrofanova and Paolo Bombelli of Cambridge University. You can find more information about biological photovoltaics on Wikipedia.